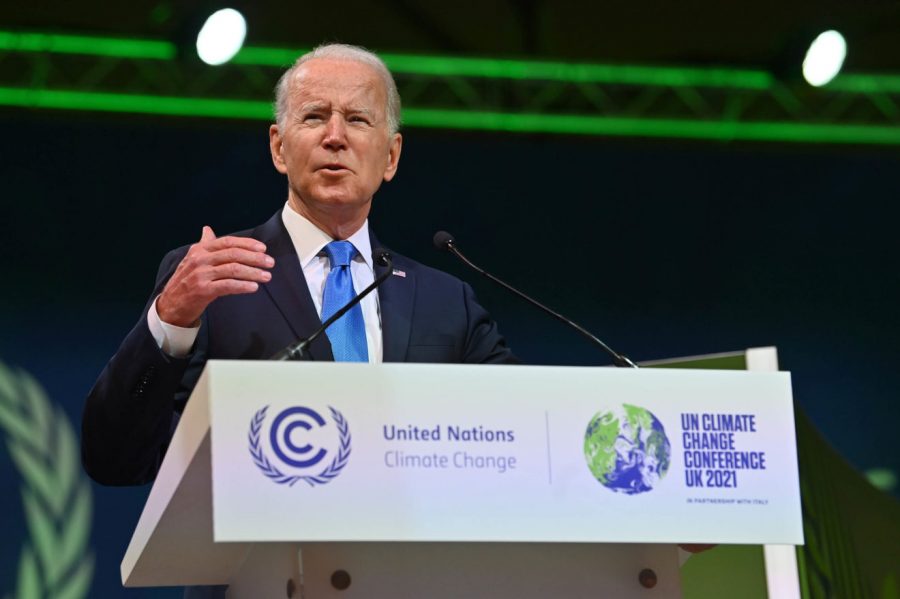 Every year multiple leaders and representatives from all different countries meet to discuss the climate problem in an event called the World Climate Summit. The most recent one, or COP26, just ended on November 12th. The purpose of this summit is to not only discuss climate change, the delegates from each country discuss the best actions to help stop climate change. At this current summit, different countries have been asked by other countries to accelerate their actions on climate change and to make more ambitious decisions when it comes to cutting their emissions.

During day 1 out of 13 of the summit, according to the New York Times, many leaders from small and large nations alike have asked that countries take more serious action against climate change. President Joe Biden of the United States mentioned in his speech, “Climate change is already ravaging the world.” But even though it is causing world wide damage, President Biden said that it’s an opportunity for humans to reshape the way they live for the better. Another quote from Biden from the New York Times was that climate change is an “existential threat to human existence as we know it.”

To hold the United States end of the deal, President Biden’s national security advisor claims that the U.S. will focus on reducing emissions by 50 to 52 percent by 2030, according to the New York Times. President Biden also stated that he will soon release a long term plan to have the United States at net zero emissions by 2050. Net zero emissions, or carbon neutrality, is balancing the amount of greenhouse gases put into the atmosphere with the same amount taken out, making it so there isn’t an overabundance of greenhouse gases put into the atmosphere.

It’s not just the United States planning on making commitments towards stopping climate change. India, which is one of the most polluted countries in the world, has started to plan on their own commitments to help stop climate change. According to BBC, India is home to 22 out of 30 of the most polluted cities in the world, and it’s toxic air kills more than one million people per year. Stated by the Washington Post, Indian Prime Minister Narendra Modi has committed to massive investments in renewable energy. India, being the third biggest greenhouse gas emitter, vowed to install 500 gigawatts of renewable energy into the country by 2030. They also stated that half of their energy will be from renewable sources by that point. Not only that, but they’re aiming to reach net zero emissions by 2070.

According to the Washington Post, the rising sea levels could cause buildings to sink and much of the island to flood. Tina Stege, climate envoy of the Marshall Islands, wants world leaders to step up and make a change. The Marshall Islands don’t have time to wait and make long term plans to stop climate change, because their nation of nearly 60,000 people are already suffering from droughts and flooding, according to the Washington Post. Like many smaller countries getting hit hard by climate change, they need support and money. Some developed nations made a pledge to mobilize $100 billion by 2020, but have fallen short.

One fact of climate change is that every human is going to be affected by it, so if nations don’t step up to change their ways there’s no stopping it. This is why the World Climate Summit is held, so world leaders can gather together to discuss the best course of action to help stop it. Many countries have already started to develop plans to take action, and many people are hoping to see big changes come from this summit.