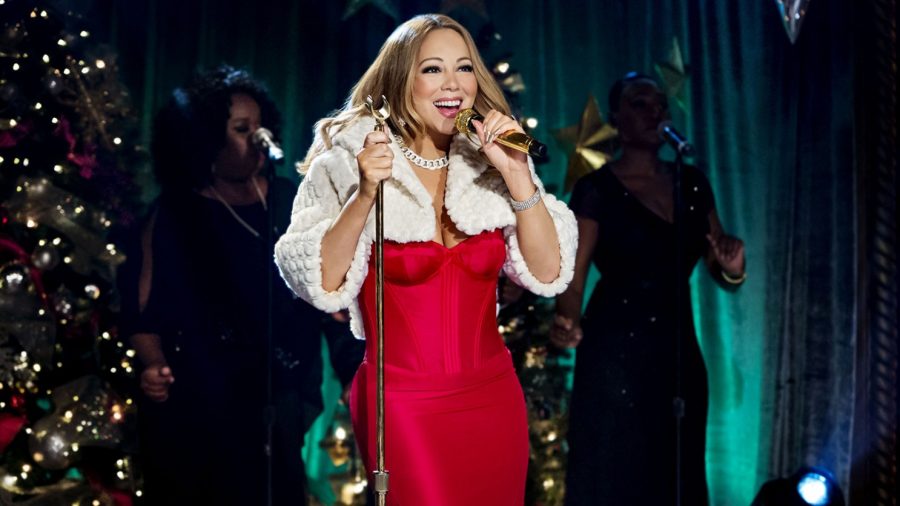 photo courtesy of the LA Times

Mariah Carey has posted, consecutively for two years, a video on the video-sharing platform, TikTok, the day after Halloween. These 15-30 second long videos consist of Mariah promoting her famous song, “All I Want for Christmas Is You,” and with the words, “It’s Time” meaning it is time for Christmas. This year, there were pumpkins that had the words, “It’s not time,” and Mariah used a hammer to smash the one that says “not.” For some, November is the starting point for Christmas, which is why she posts when she does. This song from her album, Merry Christmas, is a staple for the holidays, which has been popular since its release back in 1994, and will continue to thrive for future holiday seasons to come.

After 25 years, All I Want For Christmas Is You finally hit number one in 2019. Billboard states, “…second holiday No. 1 ever on the Hot 100, joining The Chipmunks’ “The Chipmunk Song” (with David Seville), which ruled for four weeks in 1958-59.” As of November 7th, All I Want For Christmas Is You stands at #63 on Apple Music across the globe, and it is only a matter of time before it climbs higher up the charts. Using Google Trends, a user can see that since 2004, the song gains “interest” or “appeal” starting in November, grows through December, then dies down after the season. This pattern is an ongoing phenomenon due to the songs’ audience and to the Holiday season.

According to Smooth Radio, this song was recorded in August of 1994 and roughly took 15 minutes to compose. Despite how little time was spent on the song, it is a huge success, and Mariah makes a lot of money during the holiday season. Walter Afanasieff, the co-writer of the song admits, “…that’s why it’s so popular — because it’s so simple and palatable!” Entertainment.ie says it is somewhat hard to calculate how much she does make, but as of last year, Mariah is estimated to make at least 3.8 million every year just off of All I Want For Christmas Is You.

As a little girl, Mariah always sang Christmas songs which made her inspired to finally make her Christmas album, Merry Christmas. Mariah tells People Magazine, “I wrote it just out of love for Christmas and like really loving Christmas music.” The song was produced in the month of August, and People also reported Mariah decorated the studio with festive lights and trees just to get into the holiday mood.

Although the title of the song has “Christmas” in it, it is much more than a Christmas song and more of a love song. Andrea Dresdale, ABC Radio Entertainment Content Manager, told Vogue Magazine, “It’s a Christmas song, but it has no religious content. In reality, it’s just a love song. Everybody understands longing, desire, love, or just missing somebody. It’s a universal message wrapped up in a Christmas bow.”

Mariah Carey’s song will continue to have an audience even if she ends her career. All I Want For Christmas Is You is a holiday classic and will always be in a playlist of a person looking to celebrate the holiday season.